In November 2014, after the three stalwarts of the Boston art scene–the Fogg Museum, Busch-Reisinger Museum, and Arthur M. Sackler Museum–became one institution under the Harvard Art Museum, a smaller, experimental gallery launched within its walls under the masterful direction of Harvard’s metaLAB, “an idea foundry, knowledge­-design lab, and production studio dedicated to innovation and experimentation in the networked arts and humanities.” The space was designed to push the boundaries of an otherwise traditional museum space through, “digital experiments and new media projects that respond to collections held at the Harvard Art Museums.”

The entirety of the room is covered with screens, projectors, network jacks and various other necessities that would make any experimental artist salivate. But what might make this gallery most exciting is the juxtaposition of next-generation tech, and the traditional artworks of the museum.

Nothing feels more well-suited to this surprising marriage than the upcoming video exhibiton “YOUR STORY HAS TOUCHED MY HEART,” opening May 23. The exhibition highlights the truly extraordinary American Professional Photographers Collection, over 20,000 photographs depicting American life in the late 19th and early 20th century.

The photographs depict the hopes and dreams—and fears—of Americans as they imagined themselves at their best. Your Story Has Touched My Heart combines these photographs with new video footage, sound, and fragments of text that put the work in dialogue with memory, individuality, ephemerality, and the meaning of visual abundance as these images find their way in the digital realm.

A special screening will be held on May 25, followed by a discussion of the video and corresponding works by the metaLAB’s Matthew Battles and Sarah Newman, in concert with one of the APPC’s curators, Professor Kate Palmer Albers. 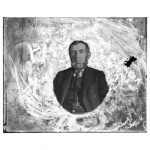 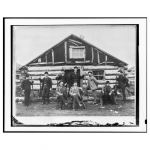 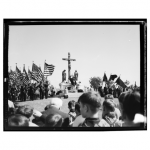 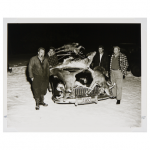 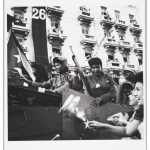 The 20,000+ collection is impressive both in its size and the consistent quality of the photos and negatives. To gain more exposure before the event, follow our Boston Bot on Twitter, and receive periodic links to images in the collection!

As avid listeners of public radio and podcasts, we found ourselves wondering why it would be easier to book a trip to Timbuktu from our phones than to share an interesting clip from the latest episode of This American Life on Twitter. Most of the media we consume doesn’t have this problem. You read or watch, you export a link directly to social media with your comment and call it a day.

We have watched with interest as several notable names in audio – This American Life included – have taken steps to address this shareability gap with mixed success. Whether it’s klpr or Clammr, audiograms or Audible or Anchor, there does not yet appear to be a complete solution to sharing audio content with your networks. Either it isn’t user-driven or it isn’t integrated with the social media platforms people are actually using.

Part of the problem, we learned, is the internet itself – it simply wasn’t built with audio in mind. And the user experience for audio often remains laborious, even if the listening experience can also be serendipitous and the friend of multitaskers everywhere. Several knowledgeable people have explored why audio doesn’t tend to go viral (and when it might) – but we aren’t necessarily looking for virality. We’re looking for something deeper, something that befits the level of engagement that makes this medium uniquely valuable.

If podcasts are truly the last undiscovered country, the media market poised for continued growth rather than decline, we deserve a set of tools that allows us to easily and readily build a community – a conversation – around that content. Especially for those citizen journalist podcasters out there, all around the world, who are trying to build an audience and generate some dialogue around their grassroots endeavor.

So we set out to prototype a mobile application that would act like a sharing plug-in, overlaid on top of existing listening platforms. (Of course, this would require those platforms to integrate such an app, and while we feel it would be in their best interest to do so, let’s agree to suspend disbelief for a few minutes.) This application, which we’re calling Alfie the Audio Butler, allows the user to 1) export a cool clip to Facebook or Twitter, 2) annotate as they listen and see what their existing social networks have to say about the same content, and/or 3) leave a comment with their own voice. It’s immediate, it’s simple, and it’s on-the-go.

You can check out the interactive prototype below (thanks to Ally Palanzi’s Clipper on github for getting us started with the code), including some demos geared toward this audio story we reported on the subject: